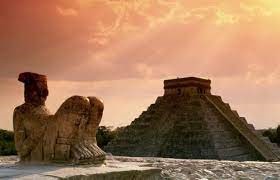 Rubber – One of the most useful substances in the world is something that originated in South America, produced by the native Rubber Tree. It has been used for thousands of years by the native people, and of course once discovered by Europeans was something that was used in Europe a lot. It is still something that we use a lot today for many different things – companies like this UK rubber moulding company meadex.co.uk create many useful components, and the uses of rubber are diverse, from building to medical. There are now also many man-made rubbers too, but natural rubber is still an in-demand product to this day.

Chocolate – As well as rubber, another plant that is native to South America is the Cocoa plant. Used for thousands of years as a drink, this was far from the chocolate products that we know today but was enjoyed for many years by the native people of the area. In fact, the beans from the plant were so valuable that they were then often used as a currency! Of course, upon the arrival of the Europeans, chocolate then was exported back to Europe, where it became popular with the rich and affluent, who could afford the high prices that were charged for some of the luxurious drink. It was not until 1828 however that the chocolate bar was created in Holland.

End of the World Rumours – Who can forget 2012 – everywhere you looked, rumours and fears that the world as we knew it was about to come to an end abounded everywhere. We of course have the ancient Aztecs and Mayans to thank for this – as it was the end date of their calendar system. Of course, so many people were taken in by the rumours and interpretations of doom and gloom that Nasa eventually released a statement to help calm fears of this world ending catastrophic prediction!

Red Food Colouring – As people who were often engaging in battle, the colour red was something that the Aztecs used a lot of. The modern-day red colourings still come from the original Aztec recipe for red – the Cochineal Beetle! Because the tiny bug contains a lot of something called carminic acid it produces an excellent bright red dye. When this was discovered by Europeans, it became a luxury reserved only for royalty, or high-ranking army officers – often bedecked in red coats and robes to show their status.

What To Wear For Wisdom Teeth Removal