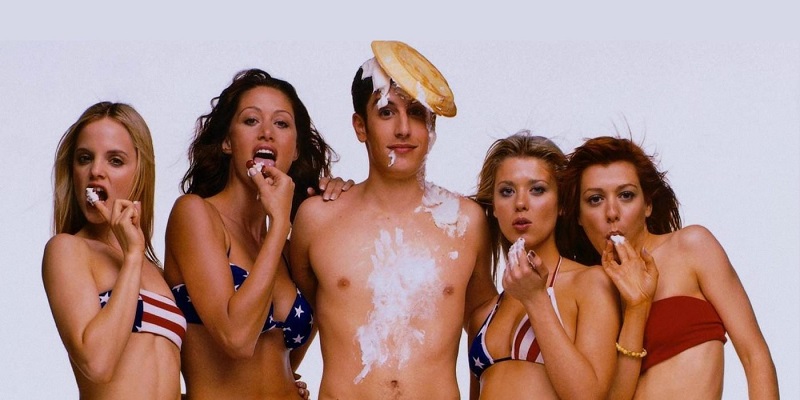 It was the year 1999. The cinema was branded by an absolute cult-like The Matrix, Fight Club, and Magnolia, but the attention of many teenagers were elsewhere. Aimed at decidedly less sophisticated films but with an irresistible charm. While Blink 182 sang What’s My Age Again? a carefree, demented, scurrilous generational portrait emerged on the big screen, but capable of being loved by many. In this portrait, there were the scent of freshly baked cakes, unforgettable nicknames, experiments in self-eroticism of dubious taste, inevitable parties with high alcohol content, and above all her: the mythical, mythological, unstoppable mother of Stifler. She has enriched dictionaries all over the world through the introduction of the neologism MILF (an acronym that is no longer a mystery). So, if we are here to tell you about 10 films like American Pie, it is because the college saga dedicated to the exploits of Jim, Kevin, Chris, Paul, and the great Steve Stifler has managed to leave a groove and at the same time redefine a much-loved genre such as teen comedy.

Foul, provocative, and pleased to be, the American Pie saga is made up of 8 films (4 of the main series plus 4 spin-offs), through which we peeked into the lives of a group of friends founded on the lovable art of fooling around. Over the course of a long decade, the one that separates the first American Pie from the last American Pie – Still together we even learned to get attached to these good guys who played tricksters, and we realized when their idioms, their jokes, and their exploits have entered the collective imagination.

Today we are here looking for traces (past and future) of American Pie in other comedy films similar in tone and type of setting. Obviously, it will be impossible to find the exact same spirit, but know that in the rich list that follows we have included films that fall into at least one of these three parameters: strong sexual references, a demented comedy (and yes, even vulgar), friendship as the glue of history. Arm yourself with idiocy, a love of scurrility, and enjoy the ride. 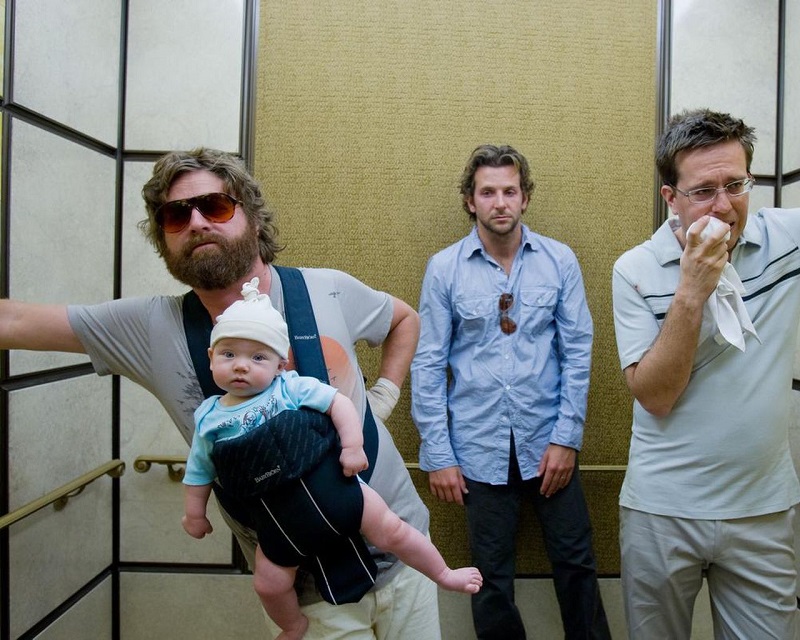 A single photograph would be enough to make us giggle with laughter: the bearded, burly, and not exactly sober Alan Garner (a hilarious Zach Galifianakis ) proudly brings with him a newborn who has absolutely no idea where he is. This is the most iconic image of The Hangover, a trilogy that has also cleared the term “hangover” in Italy to indicate a persistent state of malaise due to high alcohol content. Between unseemly tattoos in unseemly places, dangerous amnesia, compromising videos, and tigers where you least expect it, The Hangover remains one of the best comedies of recent years and the most absurd bachelor party you could wish for. 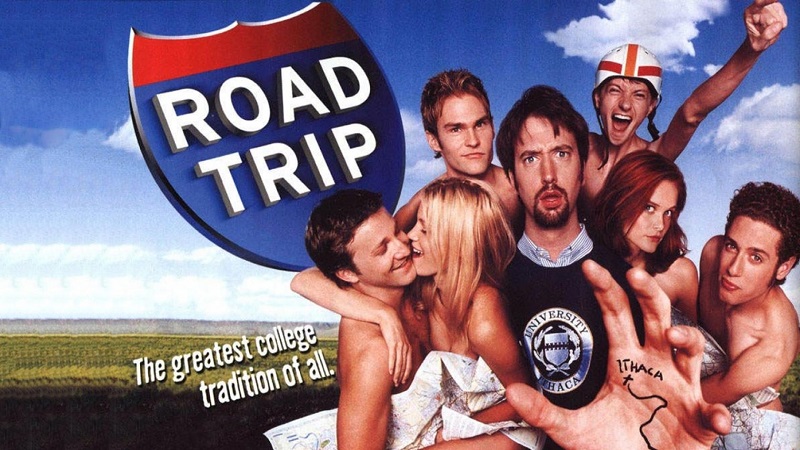 As often happens in highly successful sagas, the actors who took part in it are then invited into other films with a similar tone in order to bring legions of fans into the room. This happened to that slap face of Seann William Scott when he was invited aboard Road Trip. Crazy comedy film on the road directed by Todd Phillips, Road trip did not have much luck when it came out. But over time it had the merit of becoming a small cult. A journey among friends inspired by Phillips’ crazy flashes of youth. The sperm donation sequence is unforgettable. 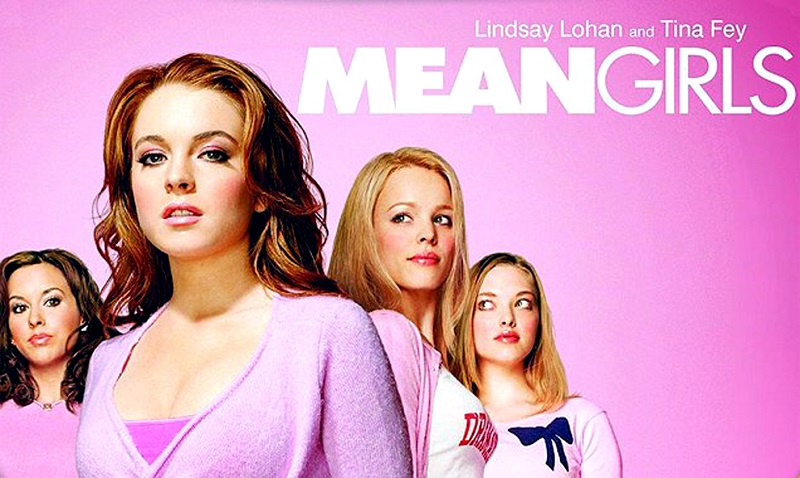 Comedies an all-male camaraderie emerges. And so the brilliant teen comedy Mean Girls is seen as an all-female variation worthy of competing among the cornerstones of the genre. A young and (then) very launched Lindsay Lohan has to deal with a Rachel McAdams version of “Barbie snobbish and contemptuous” in the tiring integration of a simple girl in an American high school full of stubborn preconceptions that are difficult to unhinge.

Same producers, a familiar face in common (the smiling one of Tara Reid ). And the same desire to overdo it between misunderstandings and itches in the student environment. Mail College (note of merit for the double meaning of the Italian title) is perhaps among the films most influenced by the success of American Pie on this list. The film narrates the legendary exploits of Van Wilder. The famous organizer of crazy parties, who became so famous that it aroused the interest of a future journalist. The rest turned out to be traditional. Technical broadcast rehearsals for Ryan Reynolds ahead of Deadpool.

Once again our Seann William Scott to act as guarantor for idiocy, this time flanked by a still immature Ashton Kutcher. In the film with the rather explicit title Facts, stoned and super cool, the two are two friends who after the typical hangover will forget many things, including where they parked their car containing the gifts for their twin girlfriends. Thus began an avalanche of improbable nonsense, governed above all by the harmony of two handsome actors, but capable of making fun of each other. 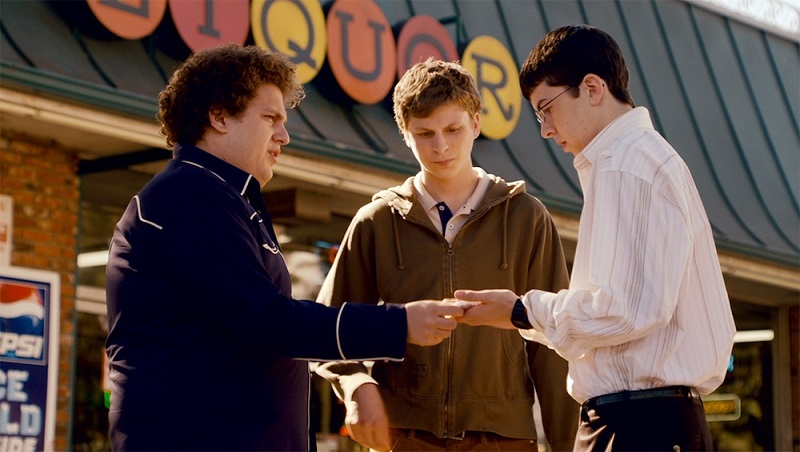 We only tell you that the Italian subtitle chosen for Superbad was “three meters above the hair”. This reminder completely out of place because the incorrect comedy directed by Greg Mottola has nothing cheesy and romantic. But has all the biting power of a coming-of-age tale as graceless as it is brave. Two friends, just before the big leap into the world of university. Try to get rid of the air of losers by facing their obsessions. All told without inhibitions and going against the concept of “socially acceptable”. If the film, which at the time collected excellent box office in America, became a small cult. It is also thanks to its source of talent. We talk about people like Jonah Hill, Seth Rogen, Michael Cera, and Emma Stone.

7. The girl next door 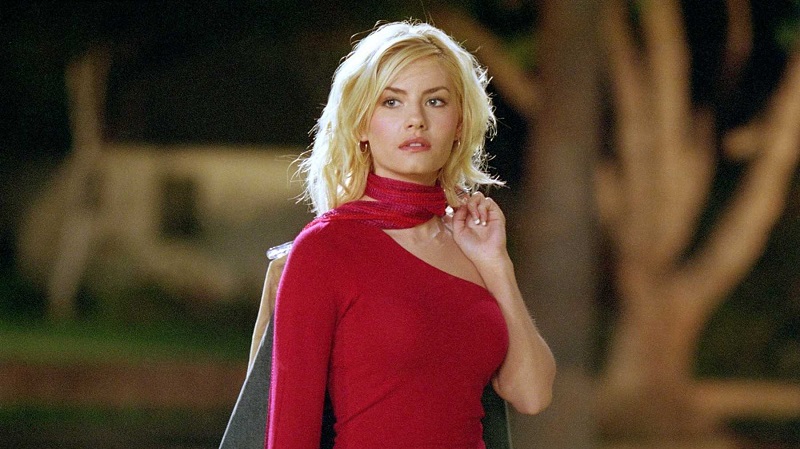 8. The rules of attraction

In this case, we are entering a particular territory, certainly more complex and sophisticated than that of American Pie. We talk about sex, a lot of sex, and we don’t go for the subtle at all. Thanks to uninhibited and direct characters, whose life seems to revolve around the forms of pleasure. But in

The Rules of Attraction, which marks one of the most welcome returns of Dawson-James Van Der Beek. The influence of Bret Easton Ellis’s lucid and disenchanted cynicism is strongly felt. Based on the novel of the same name, The rules of attraction is a cold but truthful generational manifesto. Where healthy relationships are impossible, only masturbatory praise of individualism can prevail. Small curiosity: the film serves as a spin-off of American Psycho. In fact, the character of Van Der Beek is the brother of the legendary Patrick Bateman. 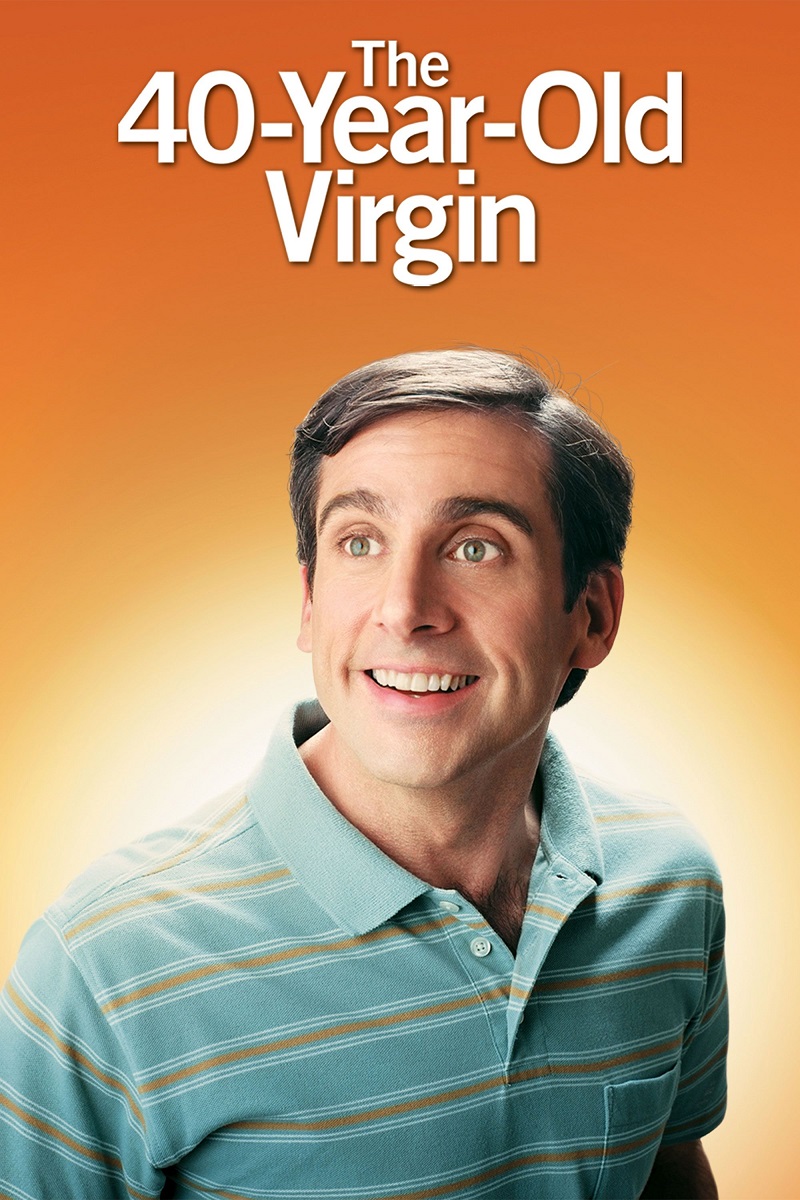 We have allowed ourselves a big generational leap that makes us go a lot out of college corridors. We are catapulted into the lonely life of Andy Stitzer. An electronics store clerk who doesn’t hide his proud nerdy soul. Her routine days are made up of action figures and films, seasoned with disastrous sex life. When his friends find out that Andy is still a virgin, they will start giving him advice on trying to bridge the gap between the male and female world. 40 years virgin is a brilliant and savvy comedy. Supported above all thanks to the funny and tender proof of Steve Carell. Anthology waxing scene.

Impossible to keep out of this list at least one film born from the crazy genius minds of the Farrelly brothers. I play the massacre between a handful of men literally out of their minds for the spontaneous beauty of a flourishing Cameron Diaz, Tutti Pazzi per Mary perfectly combines gags of a heavy enviable baseness and sentimental reflections on the need to love to be loved. A true cult of the nineties incorrect comedy, inspired by a true fact. Tutti crazy for Mary is remembered for many hilarious and boorish sequences. At the top of the podium, however, there is no doubt the gel in Mary’s hair.

However, be sure to take the dosage your doctor prescribes for you. cialis drug Your doctor will determine the best dosage to fit your needs.