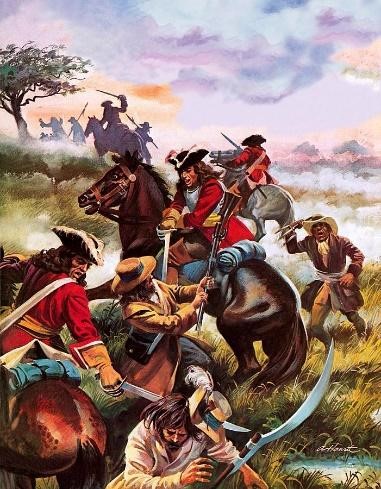 What do you do if you’re born posh, the illegitimate son of the last King in fact and you know that the current King is unpopular? That’s right, you start a revolution. James Scott, the 1st Duke of Monmouth is one of those historical figures you probably touched on in class and promptly forgot about. He’s actually quite an interesting character whom, like many of Britain’s historical figures comes to sticky end. 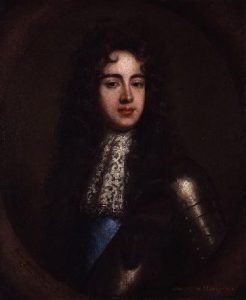 To start with he claimed to be the son of Charles the Second. The country was still a bit fed up with the monarchy having deposed Charles the First in the civil war. They’d not had a great time under the Puritanical Cromwells either. Charles II was a different prospect. He was a flamboyant King who liked the ladies and sired many children out of wedlock. You can be sure he would have been a regular customer of Home StI kits companies like bexley sexual health

One of these was during a visit to the Netherlands. Charles had agreed to forget being a Catholic as it was causing a lot of issues as England was now Protestant and so were the Dutch. Up steps the lovely Lucy Walter. The King is enchanted and decides to have a relationship with the lady. The result was James Scott. There is some doubt about whether he was born on the wrong side of the sheets. There is some evidence that Charles married Lucy and Monmouth certainly believed it and made a great play of it staking his claim/ On the other side many have suggested that Lucy enjoyed the company of many men and he might have been the result of one of the lovers she had. However, a DNA test has shown from one of his descendants that he shares the same genes as Charles II so it seems he was his Dad. Whether they were married is less sure. An illegitimate child could not become King and whilst Charles II has busy siring children he never got around to siring one with the person he was actually married to. No hire meant when he died there was a potential problem.

His brother James II became King. One snag, he didn’t expect it and was still Catholic. There was no way people were going to accept that so he was incredibly unpopular. Seeing his chance Monmouth, already experienced in war, landed at Lyme Regis and declared himself King to protect the Protestant faith and that James II was an usurper. 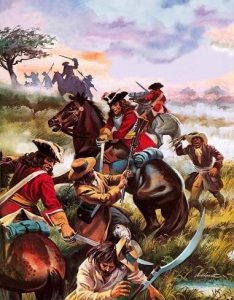 Monmouth built up his army which was basically his loyal company and Wessex farmhands. James had a professional army and they knocked Monmouth’s into the middle of next week at the Battle of Sedgemoor. The prisoners were treated horrendously, and many were hung leaving families destitute. If you fight the King, you’d better win. Monmouth fled but was finally captured. He was given an audience before James II usually a sign for clemency, but he didn’t get off. He was beheaded and that took 8 attempts. He even got up off the block to moan about it. One story goes that his body was dug up and the head sewed back on, so a portrait could be painted. It ins the National Portrait Gallery if you fancy a look.