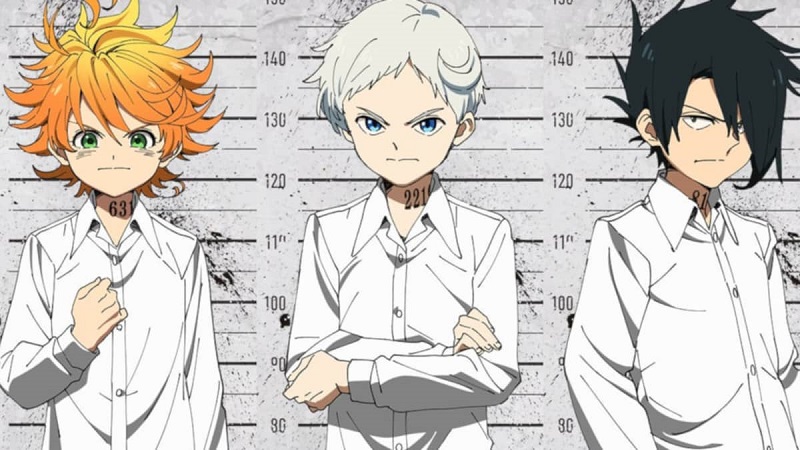 Kaiu Shirai’s ” The Promised Neverland ” is currently one of the most popular manga and anime in Japanese entertainment. The play starring Emma, ​​Ray, Norman, and many other children from the Gracefield House orphanage managed to capture a large part of its followers for one reason in particular: that its plot hid a twist that very few could imagine. Therefore, today we will dedicate ourselves to finding up to eight anime similar to “The Promised Neverland”.

As we have done on previous occasions. We will remember that for this type of article we take into account plot, aesthetics, characters. And multiple additional sections, not being necessary that the same anime comply with all of them to enter the list of anime similar to ” The Promised Neverland “. 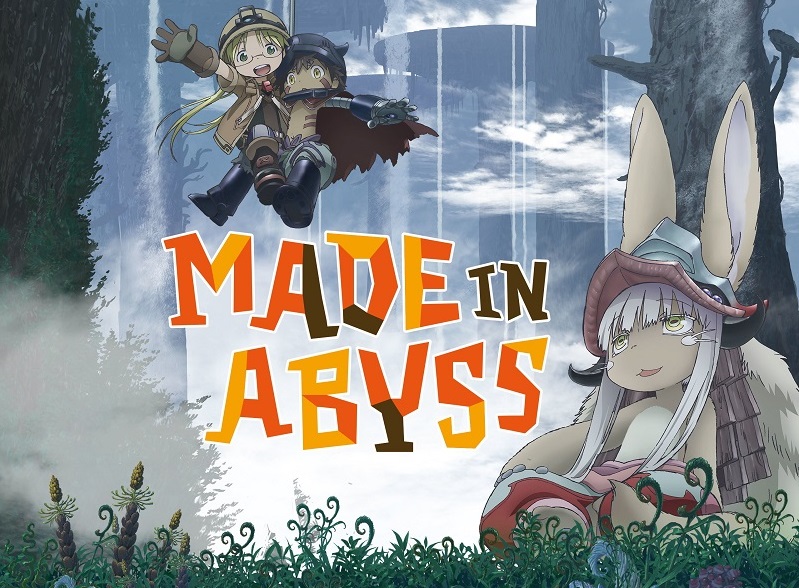 ” Made in Abyss ” has an essential characteristic to be part of the group of anime similar to “The Promised Neverland”: taking the viewer by surprise. What makes this work especially worthy of mention is that, like “The Promised Neverland”, we begin the story with the help of children who seem to be living their childhood without too many complications. However, as the episodes progress, we will discover that there is a dark and voracious terror that will gradually consume all the events of the plot. Ready to go down to the depths of the earth in “Made in Abyss” and discover all the secrets of an ancient past? Regu and Riko, the protagonists of the play, ‘think’ they are.

Keep reading: How it feels to chew 5 gum

Seraph of the End 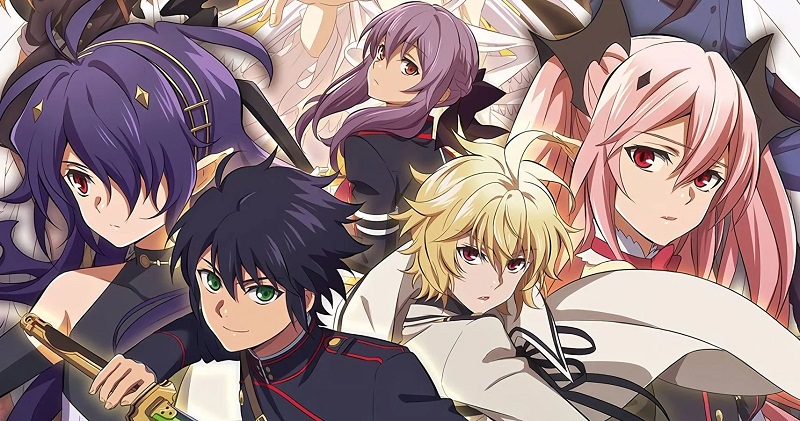 There are several reasons to argue that ” Seraph of the End ” is part of the list of anime similar to “The Promised Neverland”. One very clear is, for example, the desire of its protagonists to escape from an orphanage in which they are being raised as ‘livestock’ for a superior race. In the case of “Seraph of the End”, however, we find that the enemy this time is a vampire civilization, and ultimately we will have many more moments of action and frenetic combat than it comes to offer ” The Promised Neverland “. In short, “Seraph of the End” is more on the side of the fantastic – in terms of action – than the work of Kaiu Shirai,

The clearest element by which to justify the presence of “Death Note” in the list of anime similar to “The Promised Neverland” is the complex mental duel that develops between L and Light. In the first season of “The Promised Neverland” we could already see how the children of Gracefield House had to come up with all kinds of tactics by which to deceive Isabella, the ‘caretaker’ of the orphanage. On this sense, a similar figure is drawn between the children, Light, Isabella, and L, despite the fact that the morality on which each one rests has a very different basis. In short, “Death Note” is one of the best options offered by anime if what you are looking for is a constantly growing narrative with endless twists and turns.

You May Like- Teen Titans Season 6: Revival? When will it be released? Know everything 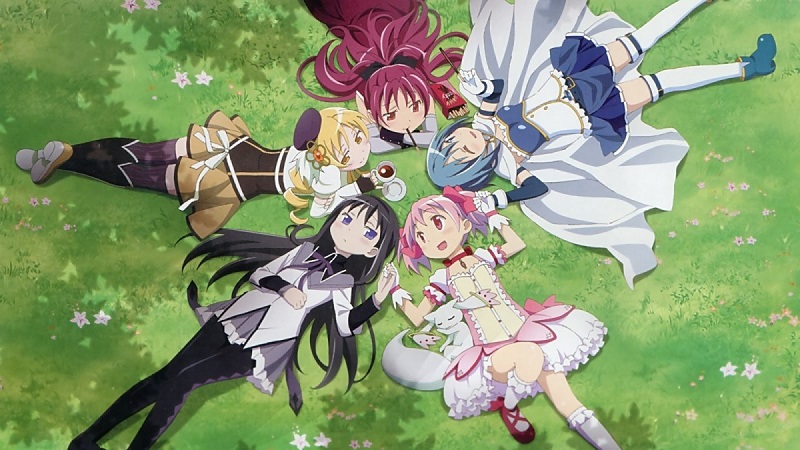 ” Puella Magi Madoka Magica ” has that same element that we highlighted at the beginning with respect to “Made in Abyss”: the ability to deceive the viewer. The anime, then, presents a series of characters of ‘cute’ design and very far from the darkness that little by little will take shape in its episodes. Logically, this is the main reason to have “Puella Magi Madoka Magica” in the list of anime similar to “The Promised Neverland”, and it is not always easy to find script twists that completely change the initial perspective the history. Fortunately, this way we can discover it once more when Madoka decides to become a girl with magical powers, oblivious to all the burden that this will end up supplying.

From the New World

“From the New World” brings supernatural elements to the fore. As we will find ourselves in a society in which psychic powers are the order of the day. Its protagonist, Saki Watanabe, will finally be able to awaken her abilities as a psychic to attend the Sage Academy with her friends … although not everything will be as magical as it seems. As we progress through the story, its characters will discover that everything that governs society is much darker than any of them could have anticipated. Once again, like one of the animes similar to “The Promised Neverland”, “From the New World” plays the card by which they come up with constant script twists to surprise the viewer.

Higurashi: When They Cry 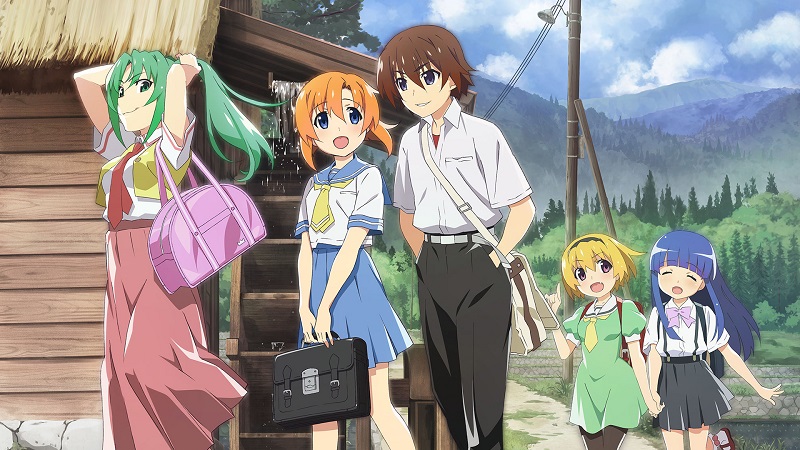 ” Higurashi: When They Cry ” takes us to the village of Hinamizawa, which is governed by the laws marked by the hand of Oyashiro, its god. In “Higurashi: When They Cry”, we will find a cast of characters a priori of the most normal, which again will star in a script twist as so many have highlighted in this list of anime similar to “The Promised Neverland”. Once the main events of the story are set in motion, “Higurashi: When They Cry” will take on an atmosphere of horror – even psychological – as well as gore that very few anime sport. Undoubtedly, one of the best options in terms of anime if what you are looking for is a story that manages to keep the viewer in tension during most of it.

” Shiki ” requires a bit more patience than other examples among anime similar to “The Promised Neverland” until it really shows what it is capable of, but once it does, there is no turning back. On this occasion, “Shiki” presents us with a narrative that revolves around a plague of zombies ravaging a small village. At the center of the action, we will meet Toshio Ozaki, who seeks to find the origin of this ‘disease’ and who, in turn, will seek to put an end to it. Together with Natsuno Yuuki, we will accompany Ozaki in a narrative of terror, psychological tension. And with all the elements that make him fulfill the boxes marked by “The Promised Neverland”. 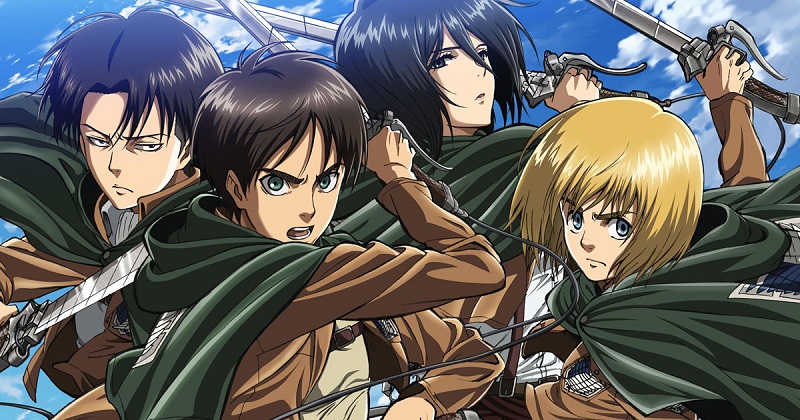 “Shingeki no Kyojin”, the masterpiece created by Hajime Isayama. Shows us during its first moments a civilization like any other, with its society living the most routine day to day. However, all this will change suddenly when the attack of the titans occurs: gigantic beings that devour humans and destroy everything in their path. “Shingeki no Kyojin” builds a world of terror around false freedom that justifies its presence as one of the anime similar to “The Promised Neverland”. From the hand of Eren Jaeger, we will progress in a narrative full of questions. Answers with more questions and a constant presence of script twists make this undoubtedly one of the best plots ever created in the entire history of manga and anime.